When I ran out of my MAC Fluidline in Blacktrack I decided it was time to try something different. I had seen the Urban Decay Super Saturated Ultra Intense Waterproof Cream Eyeliner in Perversion – longest product name ever – on FeelUnique.com and decided to give it a go after reading great reviews. It arrived and I swatched it on my hand whilst taking photographs for this blog post and I was impressed. It was pigmented, super black, creamy, easy to apply and seemed to dry pretty quickly.

However, when I applied it along my upper lash line it took ages to dry and then throughout the day it transferred into my crease – not the look I was going for. I thought maybe it was a one off, as some days my eyelids can be oiler than others, so I persevered with it. But every time I applied it, no matter what primer or shadow I used, it did the same thing. Thats when I decided to set it with a black eye shadow, not ideal when you are in a rush but I thought I would give it a go. This helped some what, but the liner still transferred a small amount into my crease. I was left feeling disappointed. I am going to continue using this product at is was quite a bit of money, but I will probably only use it on days I am filming or when I am only wearing makeup for a short time, and I will definitely set it with eye shadow.

It could just be that my eyelids are too oily for this product as it has received great reviews on other blogs, but for me, I will be going back to my trusty MAC Fluidline. 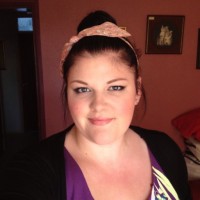